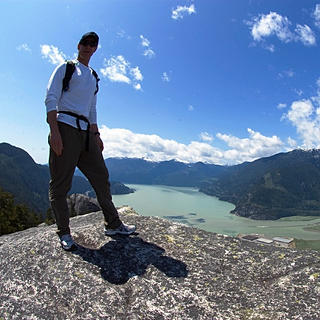 Canadian winters - in 1000 Words or Less

When the left front tire blew, I was travelling ten or fifteen kilometres per hour faster than I should’ve been, given the conditions. I took my foot off the gas pedal as the van slewed left. Trying to continue forward in a straight line, I wrestled the steering wheel but the soft, deep snow on the shoulder, sucked the vehicle sideways. All I could do was prepare for the impact. I slammed into a huge snowbank and came to an abrupt stop. A spray of snow fanned across the

A few years back, an individual told me, “The most interesting people I know, don’t watch TV.” I thought that an extreme statement. We’re living in the so-called Golden Age of Television. A person doesn’t have to look too hard (especially if he gets away from network TV and reality show garbage), to find excellent programs, no matter what his taste. But, I took his meaning… …until he ruined it when he interrupted a different telephone conversation by saying, “I’ve gotta g
Archive